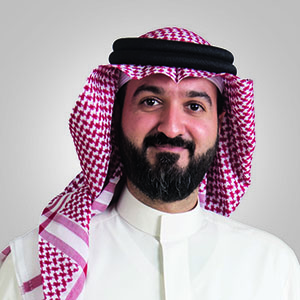 BOK International (BOKI), the Bahrain-based Islamic wholesale branch of the leading Sudanese bank “Bank of Khartoum”, has appointed Ahmed Fuad Darwish as Chief Executive Officer for the Branch.  This appointment is in line with the Bank’s policy to enhance performance by attracting national talent capable of driving growth and continuing its achievements.

Mr. Darwish joined BOK International in March 2016 as Chief Financial Officer, and achieved various milestones in the past few years, starting out in Financial Control and later heading and establishing the Finance Department at the Bank’s second international branch in Abu Dhabi – UAE.  He was then appointed as the Bank’s acting Chief Executive Officer in April 2019.

Mr. Darwish brings with him more than 15 years’ experience in the banking and investments sectors.  He is a Certified Public Accountant (CPA) from the New Hampshire Board of Accountancy, Certified Islamic Professional Accountant (CIPA) from Accounting and Auditing Organization for Islamic Financial Institutions (AAOIFI), and holds a bachelor’s degree in Accounting from University of Bahrain.

Prior to joining BOKI, Mr. Darwish worked at Sage Capital as Vice President – Head of Financial Services, where he was an active member of the board of directors of several subsidiaries, charged with representing and protecting the interests of shareholders.  He was also responsible for establishing the Finance, Operations, Human Resources and Administration departments at Tadhamon Capital, as Director of Finance and Operations.  Prior to that, Mr. Darwish worked at Ernst & Young as an external auditor of leading banks and financial institutions in Bahrain.

Bank of Khartoum opened its first international branch in November 2015 in Bahrain, known as “BOK International” licensed as an Islamic Wholesale Branch by the Central Bank of Bahrain.  Formed in 1913, Bank of Khartoum is Sudan’s oldest and largest Islamic financial institution, of which, the majority of shareholding comes from GCC Financial Institutions and individuals from the Middle East.

BOK is the first bank in Sudan to be rated ‘AA-’ (long-term) and ‘A-1’ (short-term) ratings and a ‘Stable’ outlook by Islamic International Rating Agency (IIRA).  In July 2019, SIGMA RATINGS Inc. New York have awarded BOK Group BBB+ rating with a Positive Outlook.

Sanctions on Sudan were removed in November 2018, however, Bank of Khartoum was delisted from OFAC since April 2011, making it the preferred bank of choice with United Nations, non-governmental organizations (NGOs), Embassies, Corporate and the private sector.